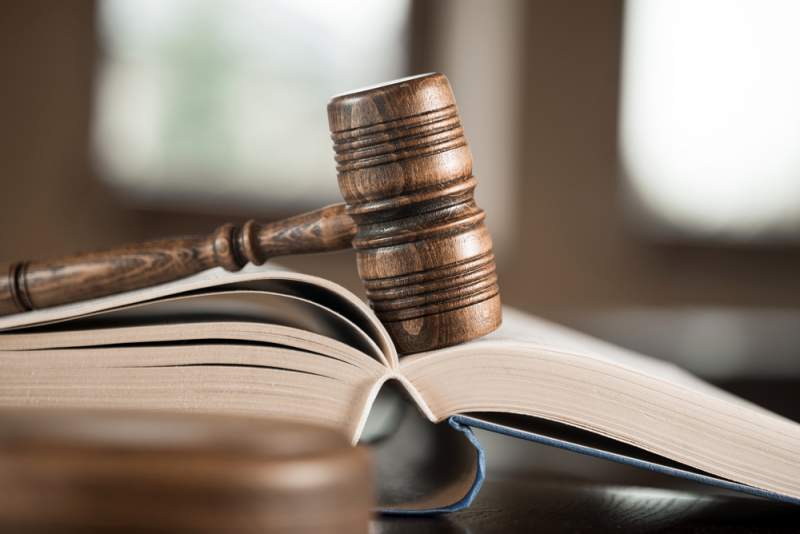 Will A Career As A Lawyer Lead To Happiness And Life Satisfaction?

Happiness is important to mental and physical health. A barrage of studies and news articles in the last decade have chronicled the importance of happiness.

Lawyers Not as Happy, Healthy as One Should Expect

The best and brightest people usually experience more satisfying lives and are healthier both mentally and physically healthier than others. Lawyers are generally brighter and more motivated than the population at-large and college graduates in general, so one might logically expect lawyers to be happier too. Yet are not as healthy or happy as one would expect based on demographic criteria. They experience more of the following

Car Crashes: Lawyers more likely than most other professions to get in car crashes.  They are second only to doctors.  An ABA Journal article summarizes the findings, and hypothesizes that lack of sleep may be a culprit.

Suicide:  Suicide rates are generally lower for people who are better educated and have higher socio-economic status. Yet an early 1990’s study by the National Institute for Mental Health study found that suicide rates for lawyers were more than twice as high as the general population.

A 1997 study compared the suicide incidence for Canadian lawyers with the general population using death and insurance records. The suicide rate among general population was 10 to 14 deaths per 100,000 people. Among attorneys it was 69.3 suicides per 100,000 people, about 6 times higher.  Suicide was the 3rd highest cause of death for Canadian lawyers, claiming 10.8% of lawyer deaths, just behind cancer and heart attacks.

Like the vast majority of people in general, the vast majority of lawyers don’t commit suicide. However, this high suicide rate may be symptomatic of unhappiness and poor mental health among a larger number of attorneys.  The prevalence of serious depression among attorneys supports this inference. Constant Struggle with Adversity: Under the current concept of the adversarial system, the attorney must push client’s cause using all arguably legal means, doing this can be wearing to the attorney. He must push harder than he would feel comfortable, and in doing so he becomes hardened and learns to ignore concerns for a fair and efficient resolution to the dispute. He must constantly push back against opposing counsel’s attempts to overreach. The judge must constantly push back at both sides when they overreach. Many attorneys feel that each attorney’s objective in litigation is basically to make the opponent’s job difficult, and the opponent’s objective is to make his or her job difficult. This type of behavior is not pleasant to deal with on a daily basis.

Accomplishments: Many satisfied professionals feel that they accomplish something through their work. Litigation is not always conducive to solving problems in an efficient and positive manner, and therefore may decrease job satisfaction. See Way of Analyzing and Solving Problems for more details. Attorneys working in a non-adversarial capacity may still feel constrained by law and by demands of the parties to the transaction.

Controlled and Forced Mentality of law: Psychology studies indicate that people are happier when they enjoy more personal autonomy, rather than being controlled by rules and demands of others. Law is naturally a rule-based profession, so lawyers are controlled by the demands of the law, clients, and broad professional regulation.

Lack of Control over Immediate Work Conditions: There are unpredictable rulings from judges, antics by opposing counsel seeking a tactical advantage, and statues or prior cases that may foreclose necessary avenues in litigation.

Lack of Control over Work Objectives: The objectives of the legal representation are are controlled by the client. Lawyers are often working for objectives in which they have no interest, or may disagree with; so lawyer gets in the habit of not thinking in terms of their own values or morals. The lawyer often must make argue facts he believes are likely to be untrue, and legal or policy arguments he believes are dubious. Note that a lawyer cannot present testimony he knows to be false, but often will offer testimony that is likely to be false if the client desires. See MRPC 3.3.

Stress: Most lawyers are under continued stress: Lawyers face deadlines, inflexible dictates from laws and other sources of legal authority, dictates from clients, uncertainty in what these dictates mean or how judges, jurors, arbitrators, and others will decide the uncertainty. In addition, they face constant adversity from another party that actually wants them not to succeed – something not present in many other fields like medicine, where no one actually wants the doctor to mess up.

Lawyers are typically only involved in business disputes or deals when the stakes are high, and the downside is great, so there is more reason for stress. Attorneys are usually personally liable for their own malpractice, unlike the owner of an incorporated business who can limit his own personal liability. Often the amount of liability is high compared to the salary for attorneys outside of the few high-paying larger law firms. For example, an attorney handling a will may earn only a few hundred dollars in fees, yet may be liable for hundreds of thousands of dollars if provision of that will is later invalidated by a court. The combination of adversity, uncertainty, and liability risks give a lot of attorneys anxiety.

Optimists v. Pessimists: Optimists (“glass is half-full”) are healthier than pessimists (“glass is half-empty) types. Lawyers are generally the latter- they are trained to spot potential problems. They generally are conservative, risk-averse, as doing so means they are less likely to get blamed or sued for malpractice.  One psychologist even says the traits needed to be a successful lawyer may require thinking negatively, according to a recent study.

Letting It Out v. Bottling It Up: Addressing feelings and factual concerns with other people is often a mentally healthy and sometimes even necessary to solve or prevent problems. But lawyers are trained to withhold information so it can’t be used against their clients. Both the culture of the profession, client demands, and legal requirements make it difficult to not bottle things up. Keeping secrets can be burdensome to an individual, especially if there seems to be a strong need to share the information. For example, a lawyer may know about a dangerous product defect in items still on the market, or a client with a propensity for committing violent crime who is currently on the street, yet be powerless to address the situation.

Time Pressure Crowds Out Other Activities: For many lawyers, long hours and inflexible deadlines crowd out activities that may release stress, encourage creativity, and increase life satisfaction. For example, exercise is supposed to make people happier. Yet many attorneys do not get sufficient exercise in part due to time constraints. Likewise, getting sufficient sleep is important for a person’s mental well-being. Yet late nights prevent many attorneys from getting sufficient sleep.

Seriousness: Psychologists often say that a good sense of humor is good for health. Lawyers tend to take life too seriously – perhaps they are required to because opposing counsel, clients, and others they work with do. To some, it seems that law students have much less of a sense of humor than of the population in general even at the start of law school.

Lack of Creativity: Psychologists say that many individuals are more satisfied with their careers if they are able to apply creativity to their work. Many lawyers find that their work constrains creativity in a variety of ways – see the following page on creativity for more details.

Public Perception: Over the past few decades there has been an increase in lawyer jokes. Jokes are now both more prevalent and more vicious.  Many lawyers are sensitive to neagtive stereotypes about their work. As much as they like to claim real lawyers don’t behave that way, apparently the underlying messages sometimes hit a bit too close to home. As one common lawyer joke notes, “What’s wrong with lawyer jokes? Lawyers don’t think they’re funny and other people don’t think they’re jokes.”

Substance Abuse: Alcohol abuse is a common problem in the profession, and more common than one would expect for a well-educated profession. Some state bar associations even say that operating a substance abuse center for members is one of their core functions, alongside encouraging professionalism. Some auto insurance companies also charge lawyers higher rates partly on the basis that lawyers are more likely to drive drunk than other people of similar demographics.

Certain aspects of law practice apart from other professions make it less enjoyable for many members. No one (hopefully) wants the doctor or nurse to screw up; no one wants the computer program to crash, or the highway bridge to fail. Yet there is always an adversary waiting for a chance to argue the lawyer or client is wrong.