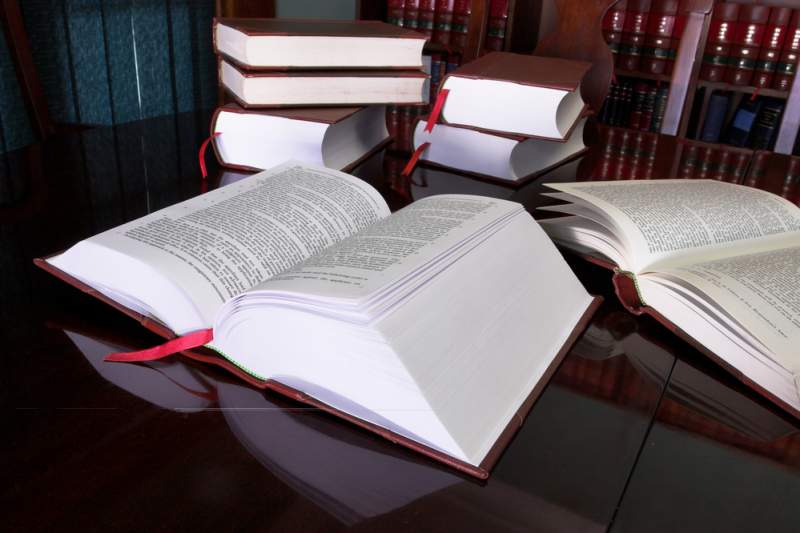 How Is The Culture Of Other Lawyers?

People are usually happiest in a profession when their personal goals and values are aligned with their professional work. They are also happiest when these personal goals and values mesh well with those of the people they work with. This section describes some typical personality traits of lawyers. Sometimes they can be difficult people to work around; it is important for those considering the profession to decide how they feel about these traits.

These observations are of course generalizations; not all lawyers have all of these traits. Lawyers in some less adversarial specialties or geographic communities tend to be more laid-back and agreeable people.

Beliefs or Attitudes of Those Entering the Legal Profession

A large portion of the population has a negative perception about lawyers, yet record numbers of college graduates are applying to law school. Some commentators have questioned how these two divergent trends coexist. Entering law students can be grouped into 4 categories based on their attitudes toward their new profession:

The majority of entering law students in the US and Britain consider the profession dishonorable according to one recent study. Their collective perceptions of lawyers were actually less favorable than the general population. Yet these students were still joining the profession despite that belief. This finding suggests most law students fall into groups 3 and 4 above.

Blinded By Ambition For the Sake of Ambition: Many students seem blinded by ambition to seek the perceived opportunities law offers for high social status, broad career opportunities, and a high salary. Some students even seem to be ambitious just for the sake of ambition.

Some students were the anointed lawyer for the family since they were young. Others were trying to decide between medical and law school – or something else ambitious and prestigious. Some of them have the unfortunate belief that a professional career should not be enjoyable. They have less of a sense of humor than most people and tend to take life too seriously. These personal traits are of course not unique to law. Students in medicine and financial fields tend to be quite driven, some to the point of not enjoying what they do. Lawyers and law students tend to be “Type A” personality types, especially litigators. This personality type has some advantages: they seek to stay busy and achieve many tangible accomplishments. However, Type “A” personalities also have downsides: they impose high levels of stress on themselves and others around them, often leading to reduced enjoyment of life and possible long term damage to physical and mental health. Some law students and lawyers tend to catastrophize, imagining and focusing on the worst possible scenario. This focus is sometimes necessary, but it can also lead to poor planning if much more probable risks and benefits are given short shrift. Most lawyers are very career-oriented. This career orientation can result in high productivity, yet has some downsides. It places little value on spending time to stop and regroup to think of a better solution or big idea.

The cultural and business realities encourage the Type A personality. Litigation often involves out-maneuvering or out-researching the opponent, leading to many late nights. Long hours and low sleep lead to reduced work efficiency, as workers may make more mistakes or fail to observe legal or factual developments in a case.

Most lawyers are paid through billing hours, rewarding those who work harder and longer, but not necessarily more efficiently. This approach discourages innovation, since attempts at innovations that fail often can’t be billed, and innovations that succeed may actually reduce billable hours spent on case.

Stress is a part of many jobs, yet it is often viewed as a necessary evil and something to be minimized when possible.  Frequent or prolonged stress can make life unenjoyable and lead to health problems such as heart problems or ulcers.  It can impair job performance as well.  It can cause mistakes or impair rational thinking. Professionals working in life-and-death situations, like trauma doctors or crisis counselors, are taught to remain cool-headed in the face of danger, since remaining calm will increase the likelihood of a successful outcome.

Some lawyers, however, view constant stress as a necessary and even desirable part of the job. Those who would dare complain are told to grin and bear it. These lawyers view those who avoid stress as timid or lazy. One commentator notes, “When we went to law school, I thought we all signed up for stress. Didn’t we?  …Of course, stress is going to be part of every job, every profession, pretty much every endeavor. It’s, in our opinion, a necessary component of getting just about anything done.”

Most jobs will have some stress at some point, but many people don’t rely on stress as a primary way to motivate themselves.  Some find their work stimulating or fulfilling rather than unpleasant or stressful. Perhaps the need for stress to get work done is a sign that some lawyers do not find their work fulfilling and therefore lack other more positive ways to motivate themselves.

As noted above, doctors, pilots, and other individuals dealing with potential life-and-death situations are often taught to stay calm in the presence of danger to increase the chances of a successful outcome. Given the important work that many lawyers do, it also may be beneficial for them to stay cool, calm, and collected instead of stressed. A cool-headed lawyer may be better able to calm angry or tense clients so they can develop an objective view of the situation and make informed decisions. A calm lawyer may be more likely to notice a seemingly insignificant detail that could make or break a case. That lawyer may also be better situated to come up with a novel or creative solution to settle a stubborn dispute or complete a difficult transaction. Perhaps as the profession continues to change, more lawyers will take a more sensible view towards minimizing unnecessary stress.

Practicing lawyers on the whole do not value their own professional independence from their clients in the same manner that accountants or scientists do. This may not seem surprising. Those who value their own independence might rather have a professional life not dominated by legal authority. Lawyers’ behavior and emotions often are forced; this is partly because they must represent clients and advocate views they may not necessarily agree with.  Outside of fictional television shows, they can’t speak candidly about their clients or work. Their own political or personal views could also conflict with that of their clients.

Law firms tend to have a hierarchical structure like many large businesses, but the chain of authority and the subservient status of lower-level employees is more prevalent in law firms than other biz of similar size. Many lawyers adopt a bureaucratic mindset, thinking in terms of rules and systems, rather than ultimate objectives.

Articles on hard-ball litigation tactics make it appear these are commonplace, so some lawyers feel more comfortable or even obligated to behave that way. Legal ethics classes and rules add to the problem as lawyers are told they must “zealously” advocate for their clients, and that must trump other considerations, except in rare cases.

Ethics rules in other professions have been broadened to encourage people to take account of broader effects and goals; for example, business ethics now encourage management to take into account not only owners or shareholders, but also a broader group of affected “stake holders” like residents of the surrounding community. Legal ethics instead has idealized the “hired gun” mentality that emphasizes loyalty over independent judgment. More recently, though, there has been progress in this area. Some state bars and some judges have backed away from the “hired gun” mentality with “professional codes of courtesy” and sanctions for certain hardball tactics that do more to harass the opponent than explore plausible legal claims. Perhaps in the future the ideals of legal ethics will continue to evolve to be more in line with the ethics of other professions.

Law school has more room for intellectual curiosity – many professors openly encourage it.  Law professors tend to differ from law students and practicing attorneys – more intellectually curious, better sense of humor, and happier. Some professors are more interested in policy ramifications of the law than the law for its own sake. They will often look at substantive non-legal knowledge. Others are more interested in esoteric, theoretical applications of legal doctrine.

Who Becomes A Professor? Professors typically had very good credentials at a top 3 law school, but deliberately chose to leave or avoid law practice by becoming professors. Focus of most law professors at most top 50 schools is more on generating scholarship, with teaching as a secondary responsibility. This dichotomy has been heavily criticized in the past few decades, so law schools have responded by hiring more staff to teach legal writing and clinics. These instructors are typically lawyers, but are not of the same academic or scholarly caliber as tenure-track professors.

Even though much of modern legal scholarship seeks to branch out from doctrine and look at practical consequences, when compared to some other disciplines, legal scholarship is high on citations to the opinions of others and quite low on actual empirical research or new observations. Most legal scholars and law students don’t have as much background in quantitative or statistical methods as people in hard science, public policy, or business fields, so they naturally like qualitative language more than empirical evidence. Most legal scholarship is published in law journals and is rarely read outside of legal academia. But much of this writing does focus more on social or economic concerns than the actual practice of law does.

Overall, legal scholarship is more interesting than legal practice because it looks at these other factors; the more a law school class touches on non-law, the more interesting students find it; this may be a sign that the law itself is the least interesting thing in law school; thus classes with titles like “Law and Policy of the Financial Crisis” are more interesting than Advanced Civil Procedure 2 or Advanced Legal Writing Skills Workshop, even though the latter classes are more relevant to many law practices.  What is ultimately most important is that someone going to law school actually likes the practice of law, since that is what they are likely to spend many years doing.

Non-professor law school employees such as associate deans and career placement people tend to be law school graduates with fairly good grades, but they sometimes lack the extremely high intellectual and scholarly qualifications of a tenure-track professor. They often work in administrative or support positions, like the Dean of Students office, in institutes and clinics, in the Career Services department, or in the admissions office. Top officials in each of these departments are commonly given the titles Assistant or Associate Dean.

They tend to be working back at law schools because they did not like the world of law practice. Some of them are committed to helping students, but many of them are not very good at guiding law students to career paths in law practice since they personally did not want to practice law.