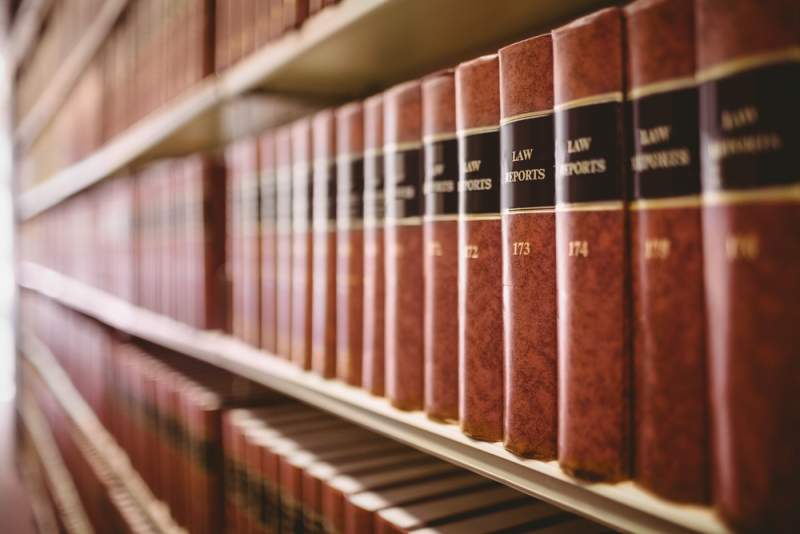 Can You Use Law to Advance Public Policy Goals?

Each year many students enroll in in graduate programs or law school hoping to use their new skills to further public interest or public policy goals. Examples of these goals include protecting the human rights of people in countries with repressive governments, protecting civil rights, improving health care services, preserving the environment, reducing poverty, or protecting religious freedom. Some students get advanced degrees in international relations, economics, environmental science, journalism, or public policy fields.

Others attend law school. A small percentage of these students end up becoming lawyers in these public interest areas.  Most instead end up in private law practice or in government furthering the agendas of elected officials. This page examines in part why so few of the public interest students who go into law end up working for the causes that drove them there, and if another graduate program may have been more useful for achieving their original goals.

Please note that this section discusses using law for wider public-interest goals that affect many people. The next page discusses helping underrepresented individuals with their specific personal legal needs for free or reduced cost.

Many activists and social entrepreneurs may be disappointed since they will encounter many obstacles in their path. Law is a rule-based profession, heavily dependent on convention and precedent.

Law is reactionary. Lawyers, judges, and legal scholars typically frame questions of law in terms of “What does the law say?”, rather than “what policy objective are we trying to accomplish?” The language of law – used by attorneys, judges, and legal scholars – assumes there is one correct version of the law, and each side is simply using pages and pages of legal analysis to argue over what that correct version is. This language hides the extent to which judicial policy making is inherent in resolving unclear or conflicting law, or deciding if or how to follow a prior case decided under different circumstances.

Serving the Client Versus the Cause

In theory, law is supposed to be a client-based, not a cause-based profession so the lawyer is supposed to do what the client, not the attorney, wants to achieve. Even in a well-meaning organization, the goals of people involved will frequently evolve and sometimes diverge as circumstances unfold. The public interest lawyer therefore will find himself implementing other peoples’ agendas, not his own.

Policy questions are often complicated. Good policy analysis would mean keeping an open mind to new ideas and changing information; perhaps an approach that one reasonably believed was the best for solving a particular problem should be replaced by another in light of new information. Yet because of client obligations, lawyers are told to dogmatically stick to their client’s position, unless they can convince the client to change. This dogmatic attitude is encouraged by the culture of the profession – the lawyer will have too much invested through professional connections and expertise in a particular section of law to change.

This is also a problem for policy makers, businesses, and even academics, as each group invests a substantial amount of education, professional reputation, and other forms of time and money into a particular strategy for solving a particular problem. But at least the culture and rules of these careers don’t always strive to dogmatically stick to past beliefs and obligations to the same extent as law.

Moral qualms are a problem in law and in other professions. In other professions, at least the ideals of the profession usually allow or encourage the professional to take into account his own beliefs and impacts on others. Modern business ethics encourages management to take into account concerns of a wider group of affected people beyond shareholders. Legal ethics not only discourages that philosophy, it prohibits it, backed with the potential consequence of disbarment or malpractice lawsuits. The problem for the attorney is that in theory he or she lacks flexibility – once an attorney provides an legal advice to a client, even on a volunteer basis, that attorney loses the flexibility and freedom in that situation to follow his own conscience and beliefs.

Some states hold that even casual encounters between attorneys and others create an attorney-client relationship or a prospective client relationship, both of which limit the attorney from taking on conflicting work; this can be problematic for attorneys attending policy “roundtable” discussions since legal and policy issues are often intertwined. It can be a problem at meetings and informal social events for groups, where loosely aligned individuals or groups may want to approach the attorney for informal suggestions on possible approaches to a problem.  Some attorneys choose instead to avoid having such informal communications. Some may point out that the goals of caused-oriented legal work sometimes differ from typical legal work. In cause-oriented work, the attorney is agreeing to consider or conduct the representation in part to pursue a common social, political, environmental goal shared by both the attorney and often several parties, while in typical legal work the attorney’s job is to lawfully further the client’s own objectives. Multiple clients will often share an attorney for a goal common to the parties and usually the attorney. As there are generally limited resources; if each party were to get their own attorney, many legal needs would go unmet.  Therefore, perhaps the attorney-client relationship differs as well. The preamble to the Rules of Professional Conduct that govern lawyers says the rules are “rules of reason” to be applied in light of the “purposes of legal representation.”  MRPC Preamble.  Perhaps their enforcement should honor such implicit understandings in these circumstances.

Licensed attorneys are sometimes prohibited in behavior that is completely legal and very effective for non-lawyers to engage in.

Public Statements:  Bar rules and often court directives often limit/prevent lawyer from making public statements – through media or websites – about a case or even the subject matter of a pending case, even at client’s request. This can be frustrating to attorney trying to advocate a cause, as gaining publicity is one of the most effective ways for modestly financed advocacy groups to advance their causes.

Opposing Parties:  Informal communications are often an effective means to solving problems or finding out information. These communications often involves approaching opposing parties or their employees without their counsel present.  Sympathetic employees may quietly reveal information about their employer’s malfeasance that they would never say on record during a deposition. Some government employees will help members of the public locate and understand relevant public records. Non-lawyers are often free to engage in these conversations, while most states’ rules of professional conduct restrict attorneys and their assistants from contacting adversarial parties or their employees except through the attorneys for those parties.

Method of Reaching Results Can Be Dysfunctional and Inaccurate

The issues that are often dispositive in deciding a legal case often have little to do with the underlying policy issue; judges are not scientists or economists, so they have trouble parsing through a battle of dueling experts.

Fact-Finding: Fact-finding involves depositions, in which each side says as little as possible and tries its best to impeded the search for information without actually lying. Each side’s lawyers “prepare” witnesses for depositions and testimony by showing them how to answer in ways that are technically truthful, but not forthcoming. Who has the burden of proof and how much proof they need are quite important. Must they prove it by a “prepondernace of the evidence”, “clear and convincing evidence”, or “beyond reasonable doubt.” What do these terms mean in the given context?

Questions of Law: Cause-related litigation often involve government regulations, especially in environmental law. Legal issues are often unrelated to underlying concerns. The legal or policy questions are often argued based on semantics – whether the government agency should need “substantial evidence” or only need not be “arbitary and capricious.” Naturally, these terms are imprecise, and much of the litigation consists of defining what these terms mean in a given case. They are further defined using other imprecise terms from other cases litigated at different times over different issues. Questions of court jurisdiction, disputes over statutory authority among government agencies, disputes between federal and state control, and conflict between different sources of law dominate legal arguments. These questions are answered by each side in dozens, if not hundreds, of pages of semantics games.

Much of the work is needed because of the adversarial system; the attorney on the other side will try to advance other policy interests, often backed by clients who have moneyed interests or just differences of opinion. Public Interest lawyer will often be battling against much more highly paid attorneys from more “prestigious” law firms. Yet under the currently prevailing view of attorney ethics, the other attorney can feel good about his work because he is fulfilling his ethical duty to provide the representation his clients desire. It is not his job to consider the fairness or policy ramifications of his work, beyond possibly raising those concerns with the client.

Pay is Low Relative to Tuition Expenditures and Time Invested

As with other non-firm work, the pay is not particularly high given the amount of education and the high tuition at most law schools. Non-lawyers in similar organizations may not make high salaries either, but their schooling typically was not as expensive.

Only a small portion of law students go directly into public interest, despite talk about it from law school administrators. For almost all top 100 law schools, about 2 to 7% of 2005 graduates went directly into public interest. (National Law Journal, Monday April 14, 2008, “Employment Trends for Law Schools”).  Since that time, the recession has reduced donations and the value of endowments that fund many public interest organizations.  There are a limited number of paying public interest positions, and the number is even more limited if the attorney has a particular preference for what positions or causes he or she will advocate.  When an attorney does take a job at a public interest organization, that attorney is taking a job that another attorney would otherwise get. Thus, the attorney’s choice of employment as a public interest lawyer does not necessarily increase the number of attorneys or amount of work being done for a cause. Where there is an unmet need for public interest lawyers, this unmet need often has more to do with lack of funding or lack of framework than it does a lack of available lawyers.

Some students attend law school in part to advance certain public policy objectives that they have. Law is not always the most direct or effective way of advancing those goals, but can be a useful tool at times. Lawyers also do not necessarily have the same flexibility to pursue their goals, as a lawyer’s beliefs are supposed to be subordinate to their clients goals. As issues evolve, it is normal for goals to change, and the client and lawyer may no longer share the same objectives. Some public interest lawyers get burned out from always feeling like they are battling the system. Some find the more modest salaries in public interest work make it difficult to pay back loans and lead a standard of living that one would ordinarily expect with a graduate degree. Nevertheless, many lawyers do lead satisfying careers in public interest work. Others branch out into other public policy or governmental policy positions.